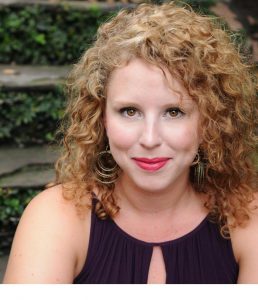 Jillian Pashke Durant, soprano, is staff soprano section leader and cantor at The Cathedral Basilica of St. John the Baptist. She has performed in the Friends of Cathedral Music concert series over it’s past four seasons and for Sunday services, weddings, and special liturgies since 2012. As an independent artist Jillian has most recently performed the role of Abigail Williams in Robert Ward’s The Crucible as a guest artist with the Georgia Southern Opera, Handel’s Messiah with Butler Presbyterian and Savannah State University Choir, and was a soloist and ensemble member in both the Unitarian Universalist Church concert series and the First Presbyterian Music with a Mission concert series. She has also performed locally as the soprano soloist for Orff’s Carmina Burana with Savannah Arts Academy Orchestra and Chorus, portrayed the Novice in Savannah Music Festival’s production of Suor Angelica, and was a quarter finalist contestant in the American Traditions Competition where The Savannah Morning News said of her performance “As the sole local contestant, Jillian Pashke… definitely had the audience in her hand.”

She holds a Bachelors and Masters Degree in Vocal Performance from Georgia Southern University where she performed in various operas and musicals. Favorite roles include Cinderella in Into The Woods, Dorabella in Cosi fan tutte, Dinah in Trouble in Tahiti, Mabel in Pirates of Penzance, Ciesca in Gianni Schicchi and Mary in The Devil and Daniel Webster, among others. While at Georgia Southern she also performed the solos in Beethoven’s Mass in C with the Southern Chorale and presented numerous recitals of art song and arias.

Jillian was the recipient of multiple awards from both GANATS and SERNATS throughout her school studies including the Cheryll Boyd Waddell award in 2011 for best recorded submission. She has studied in Young artist programs including Harrower Summer Opera hosted by Georgia State University and The Sherrill Milnes Voice Studio hosted by the Savannah Voice Festival.

Jillian has a passion for sharing the art of song and performance with young singers and maintains a private voice studio for students varying in age from middle school to adults and is a founding member of The Voice Co-op. 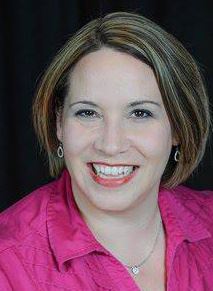 Nancy Thornock, soprano, completed her musical training at Pacific Lutheran University where she studied voice with Mira Frohnmayer and sang with the Choir of the West under the direction of Dr. Richard Sparks.  Nancy has been an active soloist and section leader for the past 20 years in three Cathedrals and most recently with St John’s Episcopal Church in Olympia, WA.  Nancy has performed with the Columbus Bach Ensemble, Lancaster Chorale, Columbus ProMusica, and several other professional ensembles. 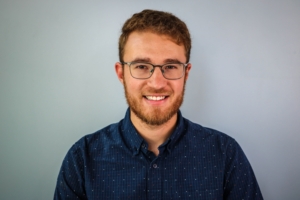 Colin Harrison, bass-baritone, is a music educator in Savannah, GA where he was raised. Harrison received his Bachelor’s of Music Education from Georgia Southern University in Statesboro. He currently teaches choral music and beginning piano to students at Coastal Middle School. He has been teaching for 3 years with a strong focus on music literacy. His choral students consistently receive excellent and superior ratings in both performance and sight-reading.

In addition to teaching in the public-school setting, Colin also works in the community. He can be found directing the community chorus, 13th Colony Sound, with a focus in barbershop quartet and chorus singing for all genders. Colin has a passion for the close harmonies of barbershop music and has competed in quartets at the international level. In 2016, Harrison co-founded, directed, and led the Southern Gentlemen barbershop ensemble from Georgia Southern to an international first place prize at the “Laurea Mundi Budapest” Festival of Choral Music in Budapest, Hungary. He also teaches private voice lessons to students of middle school age and older.

As a performer, Colin sings bass with Servire (an up-and-coming choral ensemble of 12 singers from the southeast). This ensemble specializes in singing early music as well as more modern unaccompanied choral selections. Servire, which means “to serve”, has a mission to give back to the community through their music, education and awareness, and charitable giving. In 2019, Servire hosted a benefit concert in Durham, NC. The concert raised over $1000 to support the Urban Ministries of Durham. Servire has also served as the performing ensemble for Duke University’s ChorWorks program under the direction of Phillip Cave, founding member of the Tallis Scholars. ChorWorks has given Colin the opportunity to sing early French Baroque music accompanied by period instruments. 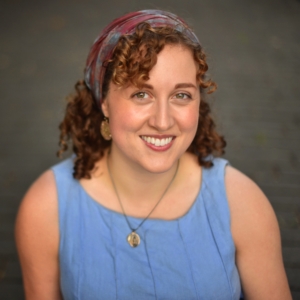 Braelyn Snow, mezzo-soprano, has been singing at the Cathedral for four years with the Schola Stella Maris chant choir and is excited to be joining the Cathedral staff singers. She performed and competed in choirs and ensembles throughout high school and sang during her undergraduate studies with the University Singers at Indiana Wesleyan University. During her time in Savannah, she has also canted at Christ Church Anglican’s Compline services and has done solo performance work around town. Braelyn has taught various art and music courses at the Habersham school for three years and has taught private piano lessons. She has participated in several musical theatre productions, performing on stage and working on set and costume design. She believes music is the language of heaven. 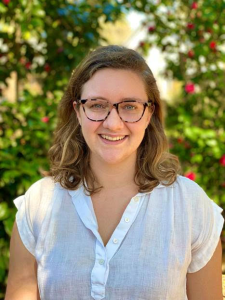 Sharon Mays,  soprano, is a Choral Scholar of the Cathedral and Assistant Director of the Schola Stella Maris. Additionally, she serves as the Personnel Manager for the Savannah Philharmonic Orchestra and Chorus. Prior to these roles, she taught Latin and directed the choral program at The Habersham School. Sharon received her undergraduate degree in sacred music from Samford University and her masters in choral studies from the University of Cambridge before returning to her hometown of Savannah. 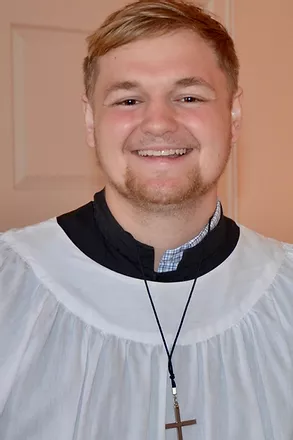 Andrew Whitlow, tenor, is a conductor and tenor with interests ranging from sacred chamber music to barbershop.  He holds a B.M in Church Music and a M.M in Choral Conducting from Furman University and East Carolina University respectively.  Andrew has held several directorship positions including past duties as Music Director of St. Andrew’s Episcopal Church in Rocky Mount, NC and his current position as director of choirs at Calvary Day School in Savannah, GA.  With a dual interest in philanthropy and music, he has organized and musically directed multiple benefit concerts of Renaissance choral music that have raised money for various charitable organizations such as Save the Children.  Andrew has been featured as a soloist throughout the southeast, including appearances with the East Carolina University Chamber Singers, Chorworks Early Music, the Duke Bach Cantata Series, and at Christ Church Episcopal in Savannah, GA. 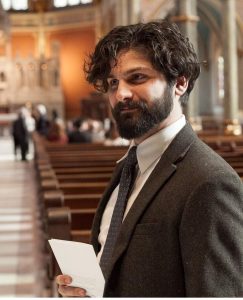 DEMETRI CHRISSOS, baritone, grew up in Gaithersburg, Maryland studying classical piano and voice. His stage debut was in 1998 as “Winthrop” in a high school production of The Music Man. In 2004, as a boy soprano, Demetri sang a solo verse at St. Matthew Cathedral’s Lessons and Carols service in downtown Washington, DC. He continued to sing for the Archdiocese of Washington throughout high school and became a regular cantor at St. Matthew.

After high school, he attended DePaul University in Chicago for Vocal Performance. In 2012 he sang professionally with the William Ferris Chorale, performing around the Chicago area and on the local radio. Returning to Washington, Demetri continued to sing for St. Matthew Cathedral and also became the cantor for a Christian Rock service in Bethesda, MD. Demetri moved to Iowa in 2015 to pursue political activism and get involved in the 2016 Presidential Election. He was invited to come back to DC to cantor for Pope Francis during a midday mass at St. Matthew during his 2016 USA visit.

While visiting a high school friend, he fell in love with Savannah, and decided to relocate. Demetri now teaches at Idlewild Guitars and Teaching Studios focusing in Piano, Guitar, and Voice. He can also be seen playing around town either solo or playing keyboard for the southern rock band Phantom Wingo. He continues to develop his skills as a musician and is currently studying church organ and jazz keyboard. 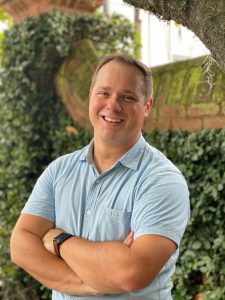 Zachary Boor, countertenor, earned his Bachelor of Music in Vocal Performance from Valparaiso University in 2016, studying voice with Dr. Christopher Cock. During his undergraduate career, Zachary was twice named the winner of the Valparaiso University Concerto Competition, honored as a finalist in the Audrey Rooney Vocal Competition with the Kentucky Bach Choir, and as a semi-finalist in the Classical Singer University Level Vocal Competition. Prior to relocating to Savannah, Georgia, Zachary resided in Columbus, Ohio where he collaborated most recently with the Schola at St. Joseph Cathedral.