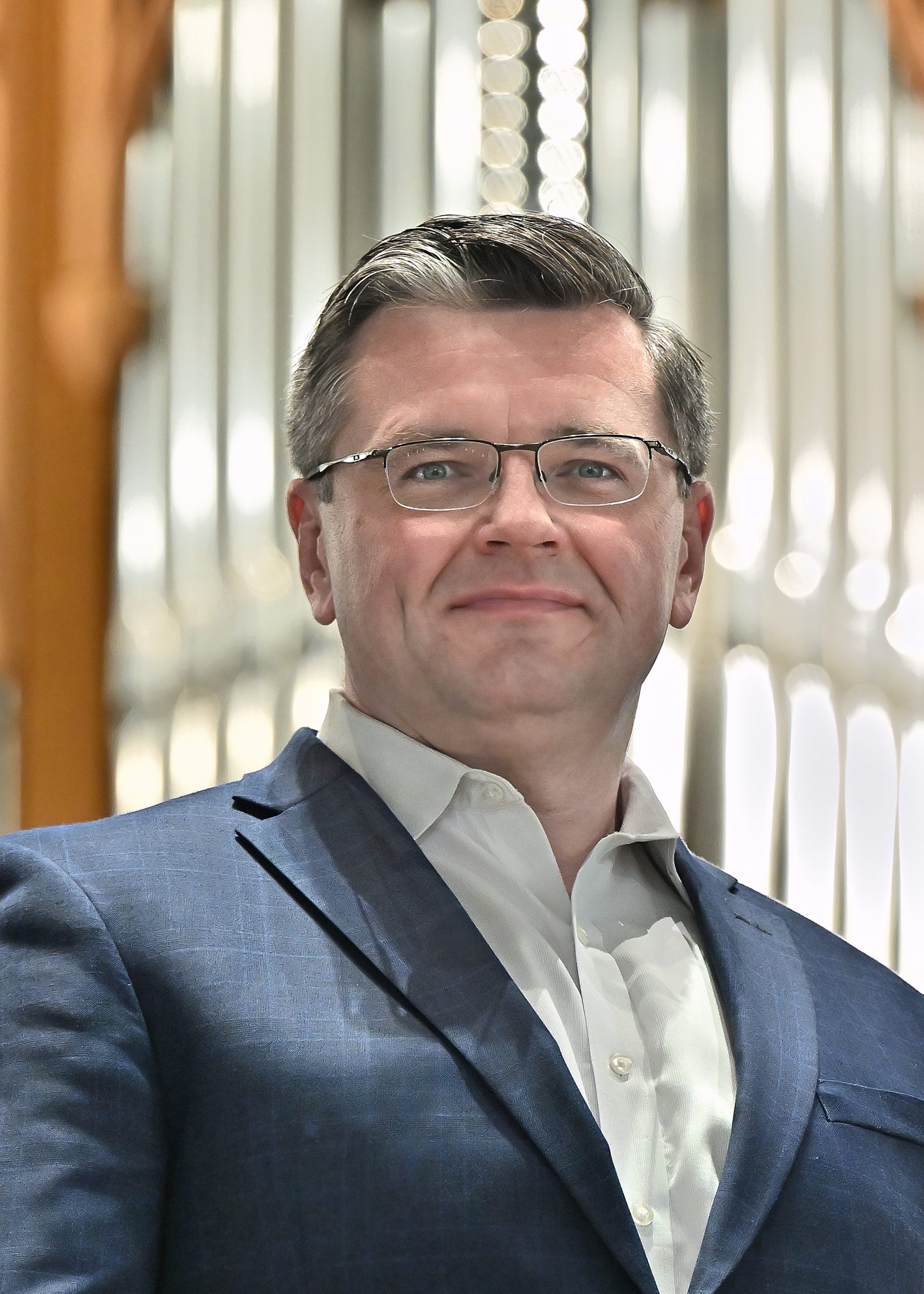 Paul Thornock is Director of Music and Organist at the Cathedral of St. John the Baptist in Savannah, Georgia, where he conducts the semi-professional Cathedral Choir, the fully professional Choral Scholars, and acts as Artistic Director for the Friends of Cathedral Music concert series. In 2022, he was appointed Chorus Master for the Savannah Philharmonic.

For sixteen years, Thornock was Cathedral Director of Music and Diocesan Music Consultant for Saint Joseph Cathedral in the Catholic Diocese of Columbus, Ohio. He released two choral CD recordings from the Cathedral and was responsible for commissioning the Cathedral’s Paul Fritts and Co. organ. In addition to his cathedral responsibilities, he served on the faculty at Capital University Conservatory of Music and Trinity Lutheran Seminary teaching organ literature. More recently, Dr. Thornock was Director of Music at St. James Cathedral in Seattle and taught organ at the University of Puget Sound.

Dr. Thornock has performed for regional conventions of the American Guild of Organists, the Conference of Roman Catholic Cathedral Musicians, the national convention of the Organ Historical Society, the American Institute of OrganBuilders, and has been heard as both an organist and conductor on the nationally syndicated radio programs Pipedreams and With Heart and Voice and was a first-place winner in the Strader Organ Playing Competition. In 2012, Thornock was awarded a grant from the Tangeman Sacred Music Center to record four organs by Paul Fritts and Co., chronicling the firm’s evolution over four decades.

Dr. Thornock is also active as an organ consultant. He has been responsible for more than thirty projects, including restorations, “transplants,” and the commissioning of new organs. Recent projects include two organs by Paul Fritts & Co. for Hillsdale College in Michigan, three instruments by Juget-Sinclair for the Cathedral of the Sacred Heart in Richmond, Virginia, and the restoration and renovation of the Noack organ at the Savannah Cathedral.