Brother Robert Francis Sokolowski passed away on May 19, 2022, in Savannah, Georgia at the age of 80. In 1989, the decision was made by the Marist Society to transfer Brother Robert to the Cathedral of St. John the Baptist in Savannah where he remained until his retirement in 2010, serving as Master of Ceremonies and Pastoral Assistant in addition to managing the Cathedral’s wedding rehearsals and weddings, as well as assisting in developing the Cathedral’s docent program, which continues to provide a welcoming presence for all who come into the Cathedral. Brother Robert also became well known for his work on the floral decorations in the Cathedral throughout the year, particularly at Christmastime when he was responsible for the erection of the poinsettia tree as well as the installation of a crèche, which utilized the entire chapel of the Blessed Virgin Mary. Both of these additions became icons of the Christmas tradition in Savannah and now draw thousands of visitors each year. A visitation will be held for Brother Robert from 5 until 7 o’clock, Tuesday evening May 24, 2022, at Gamble Funeral Service – 410 Stephenson Avenue.
A rosary service will be held at 7 o’clock Tuesday evening, May 24, 2022, in the chapel of Gamble Funeral Service.
A Mass of Christian Burial will take place at 10 o’clock Wednesday morning, May 25, 2022, at The Cathedral Basilica of St. John the Baptist – 222 East Harris Street. Burial by the Marist Society will be at 10 o’clock Wednesday morning, June 1, 2022, in Mt. Olivet Cemetery – 1300 Bladensburg Road NE, Washington, DC, where Brother Robert will be among his fellow Marists and in the same city where he began his long tenure as a Marist Brother in 1960.
Remembrances: Cathedral Heritage Endowment Fund – c/o The Cathedral Basilica of St. John the Baptist – 222 East Harris Street, Savannah, Georgia 31401-4616

Theology on Tap returns in May! We will be hosting a monthly event the last Wednesday of every month centered on Catholic Faith for Young Adults. This month, the event takes place on Wednesday, May 25th at the Knights of Columbus Balcony (3 W Liberty Street above The Public restaurant). Social time begins at 7:30pm, followed by a talk at 8:00pm. Fr. Drew Larkin is our speaker. The Knights of Columbus Bar is available to us; it is cash only, so don’t forget to bring it with you. 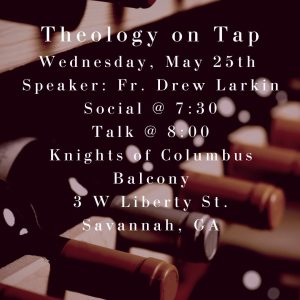 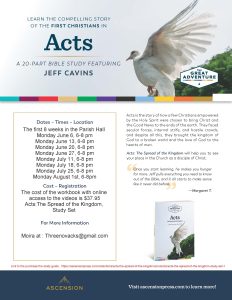 A Memorial Mass, to honor deceased Veterans, will be celebrated at 6:00 PM Thursday, May 26th, at the Catholic Cemetery, 1720 Wheaton St.  The Service will be held at the base of the Holy Cross, at the rear of the Cemetery.  The road leading to the Holy Cross will be lined with Memorial Crosses placed there by the Catholic War Veterans, Post 1943 of Savannah.  Open to the Public.  Bring a lawn chair if you want to sit. 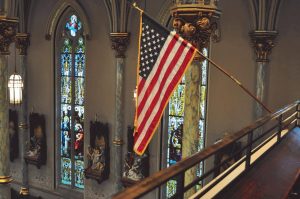 On Saturday, May 28th, at 10:00 AM, at the Cathedral Basilica, Bishop Parkes will ordain twelve men to the Diaconate for service in the Diocese of Savannah. Eleven of those men will be ordained Permanent Deacons. One man, Lewis King, is a seminarian for the   Diocese and is studying for the Priesthood. He will be ordained a Transitional Deacon.

I am delighted to say that Mr. Joe Mullin will be ordained a Permanent Deacon for the Cathedral Parish. Joe has been preparing and studying for the past five years to be ordained a Deacon. He will join Deacon Dewain Smith on the Cathedral Staff and will concentrate on Adult Education, visiting the sick and homebound, and assisting at the Liturgy in the        Cathedral. Joe moved to Savannah from the Washington, DC area, with his wife Angeline and their English bulldog (Chugg) in 2015. Joe and Angeline have two grown daughters, Theresa and Margaret, both of whom live in Texas. Joe earned a BA in Philosophy (Phi Beta Kappa) from St. Louis University, and later studied Organizational Theory at Templeton College, Oxford University. He has recently completed an MA in theology from St. Leo University, as part of his Diaconate formation.

Joe served 27 years with the Central Intelligence Agency in overseas and domestic assignments. At the end of his tenure he received the Distinguished Career Intelligence  Medal for exceptional service.

Joe admits to being a big St. Louis Cardinals fan! In his spare time he has also studied for and been certified as a specialist of wine (CSW) and a Sommelier. He spends some time each week    working as a sommelier at Johnnie Ganem’s on  Habersham Street. (I promise, that’s not why he is being ordained a Deacon.) 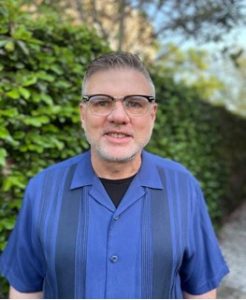 Please pray for Joe as he prepares to be ordained, and give him a great welcome to the   Cathedral Staff. 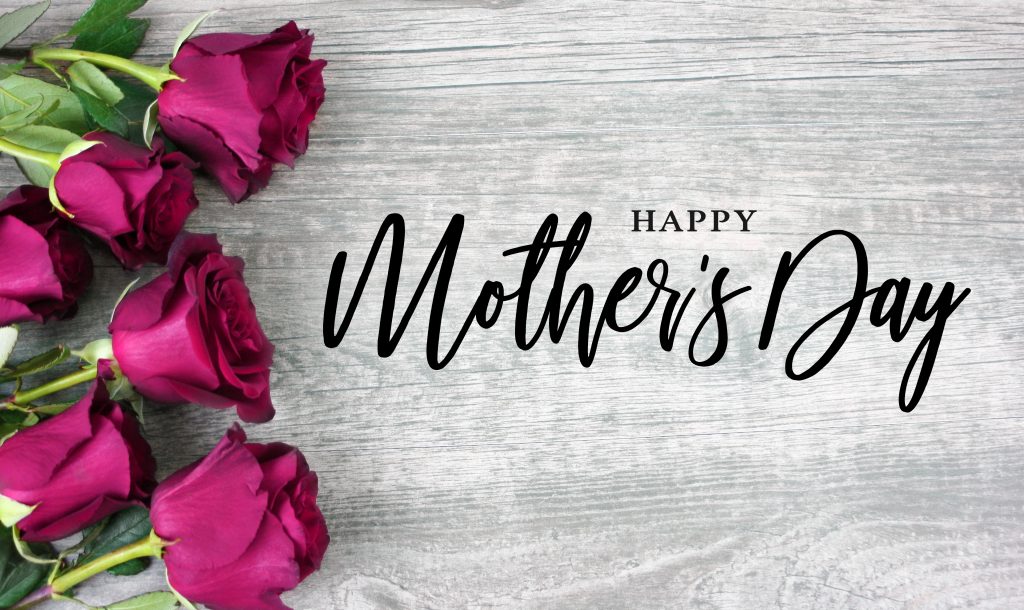