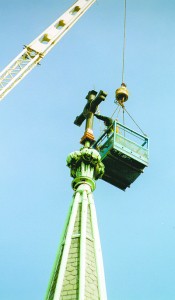 The Cathedral Basilica of St. John the Baptist is an iconic symbol of Savannah, Georgia, gracing the skyline with its towering steeples – a view valued by our parishioners, residents, and visitors alike.  The Cathedral represents historically noteworthy architecture as well as over a century of faith and civic traditions in Savannah. Join us in preserving this treasured landmark for generations to come. People like you will make the preservation and restoration of the Cathedral possible. 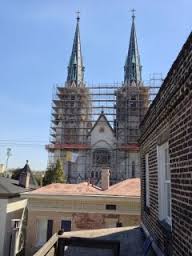